I hope you must have seen skate fish in pictures but unaware of its name.

You’ll find skates when you visit the most beautiful tropical paradise.

So, read this whole article to get full details about this amazing fish!

There are few fishes that are in contact with the aquatic substrate and have demonstrate walking gaits.

These functions are mostly found in Sharks, Salamander, and also be found in Skate Fish.

These fishes are belonging to the family Rajidae.

Skate fishes have more than 150 spices.

These are soft, flat-bodied cartilaginous fishes mostly found in tropical and temperate oceans at underwater depths.

They are rounded like a diamond shape in the form.

The mouth of all Skates found on the underside of the body and they may be solid-colored or patterned.

Many species of Skate vary in size but it’s most commonly found in the size of about 30cm.

That means most of the skate fishes are not so big!

Mostly largest and big species are found in the pacific waterfront of North America and those have a weight of about 53kg.

It is the most interesting kind of fish for its nature and facts. Also, they have long generations but low reproductive rates.

So, their generation is growing slowly. 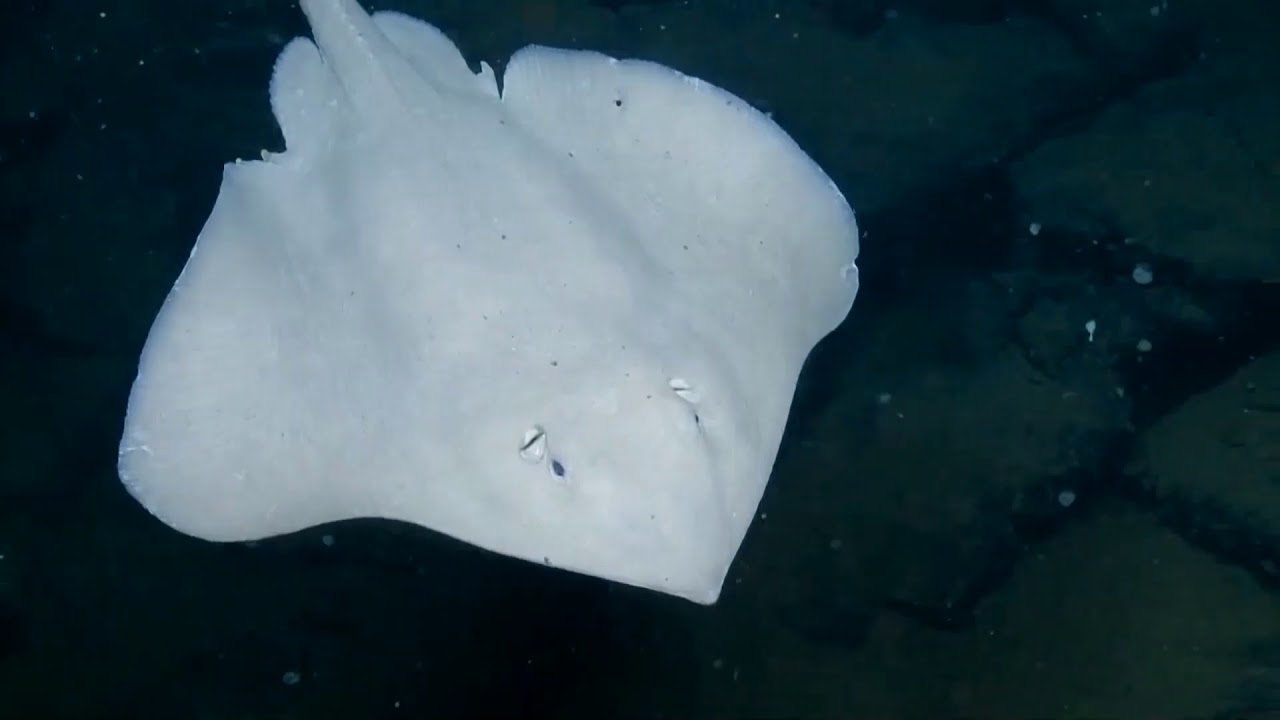 Skates have the most amazing and astonishing facts.

They have a wide variety of different species and their interesting facts.

Below are some of the facts about Skate Fishes that make them unique from other fishes:

Skate’s wings are edible and also its tastes good.

It has both delicate and firm parts and tastes like soft white fish with nutty flavor like Crab.

If you eat Skate, then don’t overcook it as the flesh will break along the separations.

This is the fish that most of the adventurous backpackers want during the journey.

Make sure you have the best fishing tools with you!

The reason behind this is the delicious taste and time of cook for this wonderful fish.

Most of the Skate Fishes have flattered plates in the mouth rather than teeth.

They use their plates to crush their hard-shelled prey.

They have different species and their prey are also different from one another.

As most of the skates are small, so that’s why that eat small worms and crabs.

You’ll be shocked to read that Skate Fishes are nearly related to sharks.

They are harmless species and they lie on their bellies.

They have more dangerous barbed stingers in their tail and only use them when they feel in danger.

Otherwise, it’s a harmless species and found in the deep down water.

So, I suggest you not mess-up with this beautiful dangerous fish!

Many fishes move by moving their bodies or tails, while Skates move by shaking their wings like pectoral fins.

They lie on their soft, flattened body and all the species have different behavior from one another.

While some Skates feed them throughout the day and others search for food at night.

Hence, you can find these fishes in the daylight as well as in the dark night!

But, you should not take the risk at night.

Humans have a great impact on them that varies from species to species.

But, in a few years, their population is sharply decreasing.

People catch these fishes for their purposes and that’s also the cause of lack of their population. Some of the people are hunting illegally.

Population and other climate-changing also impact these creatures by reducing their food resources.

As the water is being contaminated day by day, so there’s a great risk of skate fishes’ death.

Skate fishes have a long generation but have low reproductive rates.

Anyhow, they have such a great number of species but their reproductive system is not as great as their species.

Different species have different mating patterns and it varies from species to species.

According to Jewish belief, the skates should not be eaten because they have periods and also, they give birth to their young ones.

But, people don’t hesitate to eat this fish.

The soft and flattered body of Skates makes them perfectly spend life on the ocean floor.

This fish uses its flattened body to Skates on the ocean floor and catch its prey easily.

Some like to live in sandy bottoms, while other in gravel or even mud.

The one on the mud is less dangerous as compared to the sandy bottoms’ one.

You can find Skate Fish throughout the oceans of the world.

Their range from the coast is nearly 10,000 ft. below the surface of the water.

Their distribution also extends from tropical water to all the ways to polar regions.

They can be easily found in Northeastern South America.

Some zoos and aquarium houses are made for Skates.

The proper care has been done in these houses to maintain the Skates population. But still, their spices are in danger.

There is a huge number of tanks with plenty of space for these species to swim in them.

Aquarists feed them a variety of small fishes, crabs, and other shellfish.

These Fishes can also be seen with other fish species in the tank.

These creatures cannot be a good pet.

These fishes have not domesticated in any way

Even the smallest one can grow too large that makes it impossible to keep it in an average fish tank.

So, it’ll be not good for you to take skate fish as a pet in your house.

Also, if you take those fishes in your tank then they will eat the rest of the other fishes in a take or maybe eat them.

This beautiful creature is really amazing having different names in different languages like Ray in French and Rochen in German.

Skate Fish can be used as different delicious recipes especially its wings are used in making different recipes.

If you’re on an outdoor tour, you can eat Skate Fish by making different recipes.

These species are mostly found in the deep-down depth of water.

Mostly Chinese use these species for their soup. Following are the most appetizing recipes of Skate Fish.

Get my best stuff sent straight to you!

close
Start typing to see posts you are looking for.
Sidebar Scroll To Top